One of the great misconceptions about cannabis is that it makes you lazy and unmotivated. While we’re not here to deny that a strong kush can have you melting into a couch and unable to get a whole lot done, that’s really not the norm. Stereotypes exist for a reason, but most of us are creative, productive people – but those stoners aren’t the ones the media likes to portray. However, whether through careful hints, scandal or outright pride, there are plenty of celebrities who show that hey, it’s a plant and smoking it won’t keep you from success. In fact, it could lead you to success. Here are 10 of the most famous “lazy, unmotivated” stoners! (Spot the Snoops.)

He’s quick on his feet, confident and funny as hell. Usain Bolt has talked before about how he used to smoke up as a kid in Jamaica. It’s great to see athletes, even role models, be candid about this stuff when there’s still so much outdated, fearful information around about the evils of kush. As a peak athlete and literal fastest man alive, Usain Bolt laughs in the face of stoner stereotypes. 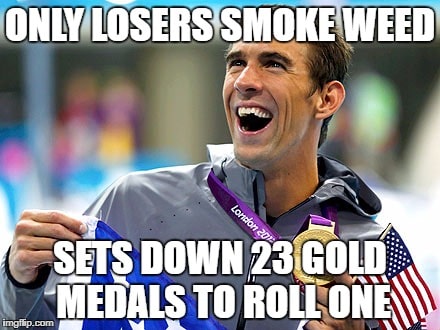 More like this: 10 Stoner Memes I Found This Week

Remember this guy – the most successful Olympian of all time? Someone took a video of Phelps hitting a bong back in 2009, 3 months before taking an astounding 8 gold medals in Beijing. This single puff of smoke caused a real stink at the time. We know there are rules about “drugs” in sport but man, it seems like such a minor thing to cause a scandal. He ripped a bong! When a man eats 12,000 calories a day and has the lung capacity of a beluga whale, hitting a bong isn’t exactly going to ruin his career.

Obama has been pretty upfront about his love of weed as a kid growing up in Hawaii. Although he didn’t champion weed legalization when campaigning for president, Obama didn’t oppose such efforts either. In his youth, Obama ran with a group called the Choom Gang: an entire social circle built around bud. He also pioneered (among his friends) smoking techniques such as “total absorption” – holding a hit in for longer, and “roof hits” – inhaling the excess smoke hovering around the roof of a car at the end of a hot box session. A real leader, even then.

When researching a 2012 book on Obama’s life, author David Maraniss observed: “Most members of the Choom Gang were actually decent students and athletes, who went on to be successful and productive lawyers, writers and businessmen.” Well how about that. 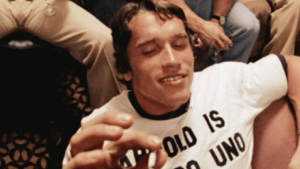 Arnie was a 70s stoner icon who used to out-smoke the Tommy Chong. As veteran toker, Chong himself revealed on The Joe Rogan Experience:

“Thing was, they put like an ounce in the bowl. Then they’d fire it up, and they’d suck on it so hard, whoever exploded the bowl into the water—if you made it explode, you were the hero. So, all the muscle-heads are taking a big hit. Arnold takes a big hit, the thing explodes. Then they handed it to me,” Chong said, but after taking his hit: “They just looked at me like, ‘Yeah, okay, go sit over there somewhere.’”

Apparently Arnold’s lungs were as powerful as his arms back in the day. However, those campaigning for fully legal dispensaries during his time as governor were disappointed by his lack of support for legalization.

Bill Gates was open about voting for weed legalization in his home state of Washington. In the 90s he told journalists that he had tried marijuana and LSD. He wasn’t a square at Harvard in the 70s either. When Gates’ college roommate, Sam Znaimer, was asked about Gates, he confirmed, “Marijuana was the pharmaceutical of choice.” So, the guy who was once the wealthiest man alive was a bit of a stoner. That doesn’t really mesh with the narrative of weed enthusiasts being lazy and unmotivated. 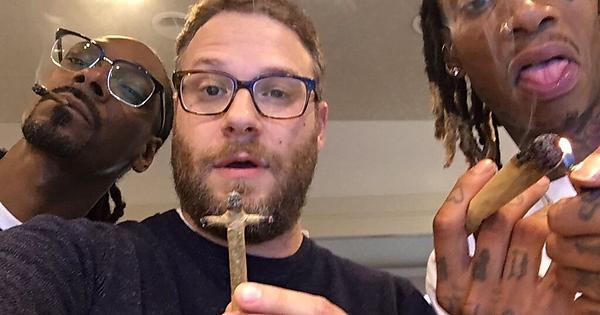 A hero in Canadian dispensaries! As famous stoners go, Seth Rogen isn’t shy about his habit. He doesn’t just imply he smoked weed in his youth: he smokes weed in all his movies, on Instagram and generally is just a huge fan. On the surface, he upholds a lot of the stereotypes. He’s not ripped, he’s chill and affable and is always talking about weed. But, if you look at his filmography, you’ll see that Rogen busts through so many of the negative stoner stereotypes. This guy’s writing, directing, acting and producing round the clock. That’s when he’s not making pottery, founding Canadian dispensaries and telling people to fuck off online. Never stop, Seth.

This one is a grey area. Did Lincoln smoke pot? Well, while pot stores weren’t a thing back then in the modern sense, buying weed wasn’t vilified or looked down upon either. There’s a quote batted around the internet attributed to Lincoln:

“Two of my favourite things are sitting on my front porch smoking a pipe of sweet hemp and playing my Hohner harmonica.”

You and me both, Abe. However, the supposed letter this quote is from isn’t preserved anywhere. No one can find a record of it before the age of the internet. So, fake bake news? Well, perhaps. But the image of Lincoln pulling on a long pipe and playing the harmonica on his front porch is certainly a fun one, even if it is probably fantastical. 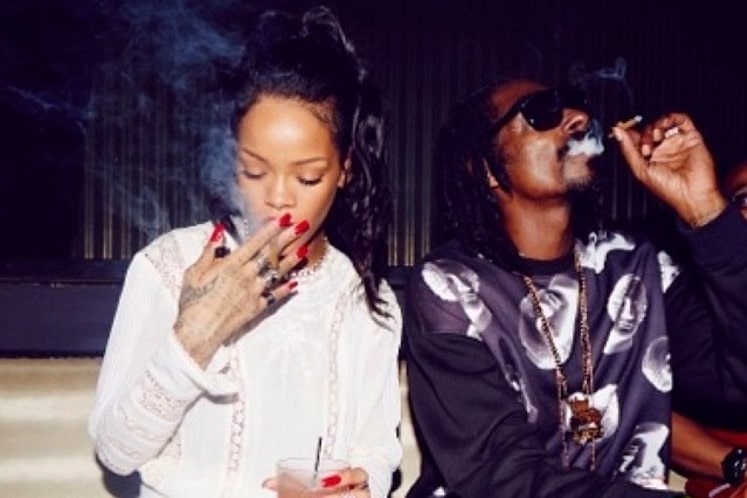 Rihanna has been an out-and-proud cannabis lover for her entire career. She used to smoke so much she even got booted from a hotel in Barbados for setting off the smoke detectors. Between clothing choices, album covers and interviews, Rihanna’s definitely the sort of stoner who loves all things weed.

She’s apparently cutting down and stopped buying weed in recent years. However, Rihanna’s legendary love affair with bud has been a major part of her persona which likely brought her a lot more fans who are into cannabis culture. Anyone who says it’s affected her productivity, well, let’s stack her net worth up against your high horse and see who’s led the more productive life.

"When I'm high I can penetrate into the past, recall childhood memories, friends, relatives, playthings, streets, smells, sounds, and tastes from a vanished era. I can reconstruct the actual occurrences in childhood events only half understood at the time. Many but not all my cannabis trips have somewhere in them a symbolism significant to me which I won't attempt to describe here, a kind of mandala embossed on the high. Free-associating to this mandala, both visually and as plays on words, has produced a very rich array of insights." 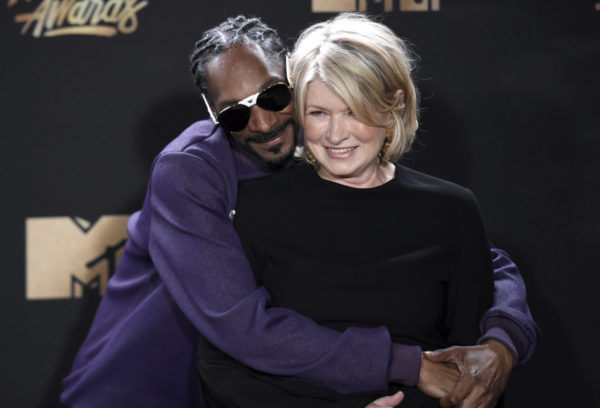 Martha Stewart is kind of like the grandmother of all stoners. From making edibles on her cooking show to her friendship with Snoop Dogg (the godfather of cannabis culture), Martha Stewart definitely smokes up behind the scenes. She cleverly tailors her image – even making a comeback after her incarceration – but often drops hints about her love of weed.

“Of course I know how to roll a joint – not that I ever do.”

She admitted to getting a contact high from being around Snoop so much when filming their TV show, Martha & Snoop’s Potluck Dinner Party - a delicious pairing of famous stoners, with equally elevated guests. Now, she’s getting into the CBD edibles game herself, so all signs point to Martha being a (slightly) closeted stoner.

Thanks for reading. Did we miss any of your favourites? If you’re feeling inspired by the greats and are looking for weed delivery and some of the cheapest ounces in Canada, we’ve got you covered. As a dispensary in Vancouver, this beautiful summer has given us a bountiful harvest and so we can sell the best cannabis at the lowest prices. Blaze responsibly!