8 Ways to Spot a Stoner

Why would you need help to spot a stoner? Times are changing for the better: weed stores are popping up all over the world, weed delivery is being normalised and smoking is not such a maligned habit as it once was. However, not everyone is onboard with the green and some more conservative companies will take a negative view of you if they think you’re a stoner. Also, it’s not legal everywhere, as we in Canada often forget.

So, let’s say a new colleague starts at work and you want to find out if they smoke up. Put on your detective hat and follow these 8 ways to spot a stoner.

Stoners Are A Little Too Into Things

People with niche interests are really cool. However, if someone starts talking quite deeply about an obscure topic as if they’ve just written a dissertation on it, your stoner radar should be pinging. Chances are they smashed some edible gummies and stayed up all night doing a deep dive into the American Constitution or the plight of killer whales. That said, caring about things isn't an unusual quality, but you can spot a stoner if they bring up such obscurities on a regular basis.

How Do They Look at Things?

“What does that say about us as a species though?”

In this business I’ve come across more stoners than I can count. One trait I’ve really started to clock is that they ask a lot of questions but are content to never land on concrete answers. For them it’s about the discourse. They’re chilled and they love to look at things in an unconventional way.

You can have an opinion on the Left or the Right and a stoner will say: “but why do we assume you have to be on either side?” Global warming: “are we not going through a natural cycle of death and rebirth? What will come after?” And my own personal take on vegetarianism: “but wouldn’t a pig or a chicken eat you if they got the chance? Cows wouldn’t though; cows are nice.”

It’s in The Eyes, Bro 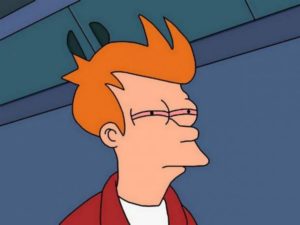 This one’s easy: you can spot a stoner by their eyes. The lids droop, or narrow as if the person’s thinking really hard about something. Dispensaries are rammed with 20-year-olds squinting up at the menu through droopy pink eyes. When smoking with friends, you know you’re all on a level when you look up and your friends’ eyes have all gone. Then the laughter starts.

They Carry A Lighter, But You’ve Never Seen Them Smoke

“Why do you have a lighter?”

My mother used to ask me this a lot back when I lived with her. I never really had an answer, since I didn’t smoke cigarettes. This was back in the UK, when I was going on a lot of late-night drives with friends and weed was on the less legal side. I’d always have a lighter in my jacket, because you don’t want to arrive at your prime smoking spot and not be able to light up. If someone you know fiddles with a lighter but doesn’t smoke cigarettes, they’re probably blazing sour power on the sly.

We smoke, we sit, we eat. Some stereotypes are just accurate. This one isn’t concrete as a lot of people eat all the time. But, as a piece of circumstantial evidence, if your suspected stoner snacks consistently, it could mean they enjoy weed before a feed.

“Time for a smoke break.” 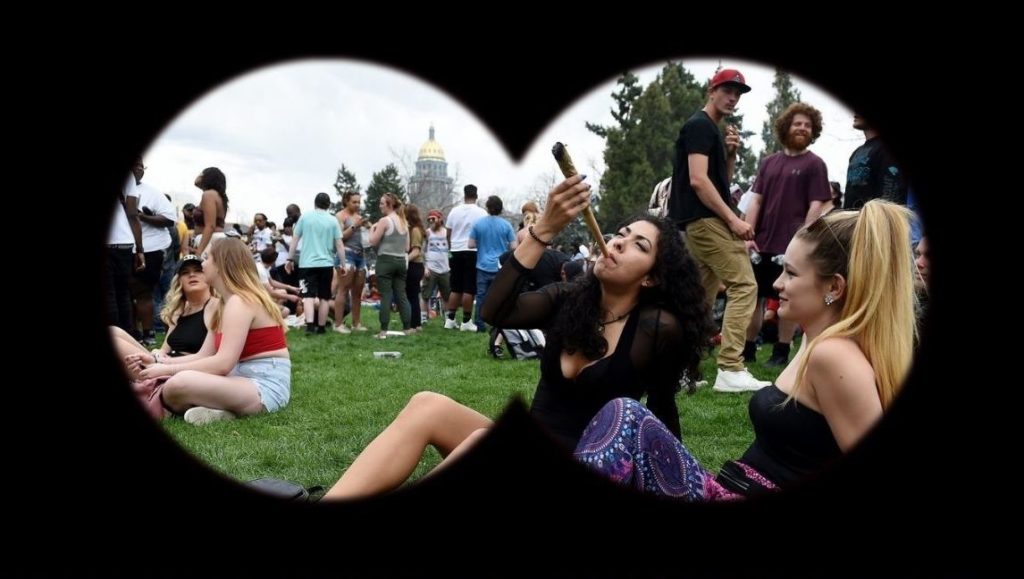 4/20 is actually quite well known now. Hell, cannabis is so prevalent in Vancouver that there’s been a public 420 celebration for the last 26 years. So, even non-tokers will occasionally drop a little reference to our favourite number. But if someone takes a vape break at work each day at that specific time, drops it into conversation or shoehorns it into their email address or Instagram handle, you know you’ve got a bona fide stoner on your hands.

You Feel an Inexplicable Kinship with Them

If you’re reading this you’re probably a stoner yourself and not a concerned mother – if you are… we’re an online weed dispensary, but this hilarious wikihow may be able to help you. So, when you meet someone and find that your vibes just click, it’s often an indication that you’ve stumbled across one of your people. You might laugh at the same things, have similar interests, or have just walked into them at your local pot store. All reasonable signs that the person is on your level when it comes to cannabis. 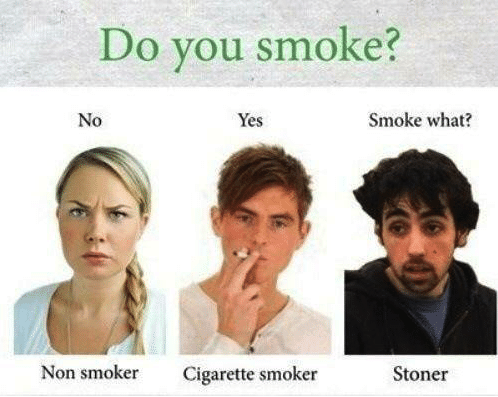 We weed enthusiasts know that there’s three potential answers to the question, “Do you smoke?” If you don’t know if someone’s one of your people, just ask… As a bonus question, watch them perk up like a regular Hermione when you ask how many grams are in an ounce.

So, what have we learned? If the new girl at work takes a vape break every day at 4:20pm, wonders why everyone doesn’t fixate on the practical use of DMT, snacks like a teenager, shows up with eyes like Droopy (I’m old, look him up), and just feels like one of your people… You’ve found your new smokin’ buddy.

Thanks for reading. If you’re in Canada and looking for some of the cheapest ounces around, take a look through our site. We’re a legal dispensary based in Vancouver, and this beautiful summer has enabled us to grow a verdant crop of bountiful bud. Now it’s time to harvest, and we’ve had such a great year we’re able to sell the good stuff at a fair price without a dip in quality. Buy your bud in bulk, but blaze responsibly.