Weed has always been somewhat shrouded in mystery thanks to misinformation, smear campaigns, bias, idle stoner chat, and a lack of scientific data due to archaic laws. So, there are a lot of myths that are still widely spread and should be nipped in the bud. Here are 10 prevalent weed myths busted.

Myth: Weed Has Always Been Illegal

Cannabis was outlawed in Canada in 1923 and was one of the first countries to do so. No one can find any kind of parliamentary debate as to why. It seems they were banning recreational use of heroin and codeine and somewhere along the line somebody threw cannabis into the mix. The UK brought in restrictions in 1928 and the USA didn’t ban weed until 1937. It’s strange to think that systems and laws we’ve always known as part of life had a starting point. Just because we were born into a world where a medicinal plant is outlawed doesn’t make it natural. Canada fully legalized cannabis in 2018, following on from Uruguay in 2013. No other countries have made weed completely legal.

Myth: Marijuana is a Gateway Drug

Kids who use marijuana are statistically more likely to go on to use other drugs, but that doesn't mean marijuana use causes use of other drugs. A report by the Institute of Medicine found "no conclusive evidence that the drug effects of marijuana are causally linked to the subsequent abuse of other illicit drugs."

In fact, for some people who weed just doesn’t agree with, one bad experience can actually scare them straight. They take on the view that A) weed just isn’t for them and B) if cannabis, the most widely available illegal drug and certainly viewed as the tamest, does not agree with them, then harder stuff certainly won’t.

Myth: It’s Just a Plant, it Can’t Hurt You

This is more debunking the specific wording of this argument than its merits. No, cannabis is not toxic. But the idea that just because something is natural it can’t hurt you is ridiculous. Tobacco is a plant. Stinging nettles are just plants. Rhubarb leaves can poison you. Heroin is extracted from poppies. Kidney beans can kill you if you don’t thoroughly cook them. Poison ivy, hemlock, lily of the valley… should we go on? 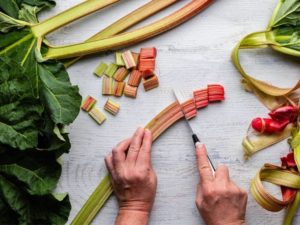 Photo by Maximilian Zahn on Unsplash

The only people at risk when someone has too much weed are Tony the Tiger, Chester Cheetah and a whole bunch of Sour Patch Kids. If you smoke an indica you’ll be too relaxed to even consider raising a fist to another person. If you’re had a sativa you might be up and about, but you’ll be talking about the universe with an enraptured audience of fellow stoners.

Then there’s booze. Someone bumps into you and there’s a misunderstanding and suddenly you get the urge to start scrapping. That’s never happened with cannabis. This misconception comes from a century of all delinquent behaviour being filed under the term “drugs” when the truth is that alcohol is the drug most likely to make you want to hurt somebody.

To take it a step further, marijuana can even trigger schizophrenia or psychosis in those with a genetic predisposition towards these conditions (not a weed myth we’ll be busting). See this 2020 study for information on the relationship between cannabis use and schizophrenia. It’s extensive, but here’s the conclusion section in full:

“Cannabis and schizophrenia/psychosis have a close relationship. We have evidence suggesting that cannabis use, primarily THC in cannabis, in genetically predisposed or at-risk populations, leads to earlier diagnosis of psychosis/schizophrenia. This tells us that THC in cannabis has a small causative effect on schizophrenia. THC in cannabis also makes schizophrenia and psychosis symptoms worse and causes more relapses and hospitalizations. Neuroimaging studies show the detrimental effect of cannabis on brain morphology, especially adolescent brains.

Recent trials in therapeutic CBD use are showing its alleviating effect on positive symptoms of schizophrenia and its opposing effect on THC, which warrants further research. Although CBD shows therapeutic potential, there is still more harm from cannabis than benefits, and adolescent cannabis usage should be discouraged at all costs. We still need more extensive studies for more detailed data about cannabis and its effects.”

Anything you enjoy can be addictive. Anything that affects your brain can be addictive. Cannabis is nowhere near as chemically addictive as cocaine, alcohol, nicotine, or heroin. Anecdotally, a member of our team smoked cannabis every day for three months, mixing it with tobacco, and was still able to stop on a dime without any trouble. But, if your body and brain become used to ingesting cannabis every day and suddenly that substance is withdrawn, you can feel some effects. Some people experience brain fog, trouble sleeping, headaches, and dizziness.

You can also get psychologically addicted if you use cannabis to self-treat a mental health issue. If your depression, anxiety, or PTSD symptoms are being held at bay by cannabis and you suddenly quit, these symptoms could return without proper mental health support. Therefore, you might believe you need the weed in order to function, forming a psychological need and thus an addiction.

Many good Christians seem to have grappled with whether or not they can enjoy cannabis. It’s a myth that the bible is opposed to weed. As with many aspects of religion, it seems open to interpretation. Here are the closest quotes on the subject from the holy text.

“For land that has drunk the rain that often falls on it, and produces a crop useful to those for whose sake it is cultivated, receives a blessing from God.”

“The earth brought forth vegetation, plants yielding seed according to their own kinds, and trees bearing fruit in which is their seed, each according to its kind. And God saw that it was good.”

Some Christian churches have endorsed the legality of medical marijuana, including the Presbyterian Church (USA), United Methodist Church, United Church of Christ, and the Episcopal Church. 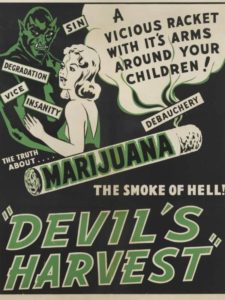 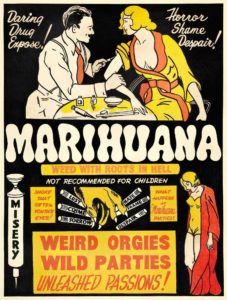 Myth: It’s Safe and Suitable for All People

The worst anti-cannabis activists vilify it to such a degree that they would have you believing a single toke will turn you into a moustache-twirling villain with a burning hatred for civilisation, capable of sacrilegious crimes. However, you shouldn’t meet such blind denial with blind advocacy. The worst kind of pro-cannabis advocates are those that say everyone should be toking from childhood, that it cures cancer, shields you from trauma, and makes your farts smell like strawberries. Be real.

Cannabis doesn’t agree with everyone. We’re all different. Some people’s mental chemistry and personal outlook just doesn’t jive with how cannabis makes them feel. Others absolutely love it. And that’s fine.  Take this recent example from the latest season of Euphoria:

Lexi: “I just can’t control my brain the same way I normally can.”

Okay, if you smoke up in a place that doesn’t allow it by law, then technically you committed a crime. We prefer to look at it as revolutionary action.

However, this 2014 study on crime rates across all 50 US states from 1990 to 2006 had some intriguing findings. Studying data from the FBI's Uniform Crime Report, the researchers observed rates for homicide, rape, robbery, assault, burglary, larceny, and auto theft. The 11 states which legalized cannabis for medicinal use over that period saw no increase in these seven serious crimes.

"The main finding is that we found no increase in crime rates resulting from medical marijuana legalization. In fact, we found some evidence of decreasing rates of some types of violent crime, namely homicide and assault."

Myth: It's Fine to Smoke Weed from an Early Age

Most people know this, but for those in the back… don’t be letting your kids smoke weed. Yeah, it’s not toxic. Yeah, it has medical benefits. Yeah, it’s less damaging than booze and cigarettes. But when you’re a kid, all the way through to 25, you’re growing a brain. Think of all the dumb things you were certain about at 18. Did you still think them at 25?

Everyone I know who smokes up did so before they were 25. Once you’re an adult, it’s on you to make your own decisions. But just because you can smoke up and not have it affect your life as an adult, don’t assume the same is true for your kids.