Can You Smoke Old Weed and Spark Joy?

We were too stoned that night to properly put away the weed we didn’t smoke. Maybe our dear old ‘gunjar’ wasn’t airtight after all. So, how old is ‘too old’ for weed before you can't smoke it? This is a judgement-free zone with only generous input. #antiageist #whywasteweed

So here’s the range we’re going to cover here. On a scale of:

-where does your weed stand?

Don’t write this off as greed, no. We’re just checking on an old bud, okay?

How Can You Tell if Weed is Too Old to Smoke?

If you’ve decided to soldier on, know that we’ll be going all in with our five senses at work, a herb approach to pick up on this weed’s vitals.

If there’s no smell that makes this analysis tricky, but we consider that odd. This makes for a good segue to terpenes. Terpenes are the herb oils that lend cannabis concentrates distinct flavour and aroma. They’re like a double-edged sword: predators hate them and pollinators get seduced. But these oils lose effect if they feel unattended.

So, the smell is the first & easiest cue to determine whether or not your cannabis is having a good time. Musty smells (in all its multi-disciplines, perhaps) are a rotten red flag. A chemical aroma could also be suggestive of the use of pesticides or bad packaging, although some cannabis strains and concentrates are known to have a scent like gasoline.

Healthy cannabis knows how to say it’s swell. And in the same stretch, cannabis that’s given up on life will not need words. Can you still tell it is cannabis? Does it break apart too easily into a fine powder? These are bad signs. 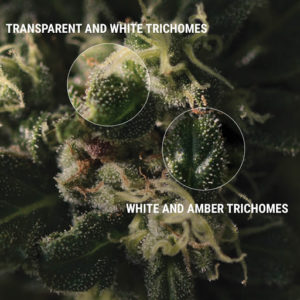 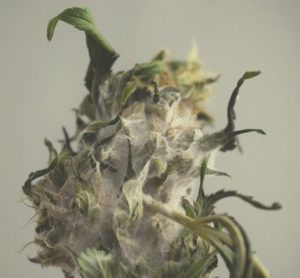 Mould grows over the trichomes, so you can learn not to confuse the two. Mould is fluffy, white and/or powdery. It will likely even cover the entire surface of the flower - so this is a clear sign we pull the plug. On the subject of mould - what we ought to understand is the difference between mould and trichomes. Mould goes above and beyond - and is basically the reason why the flower begins to break apart, while trichomes are fine, protruding outgrowth.

Cured flowers will “snap” - if you have kept this weed safe and dry. Dried stems also “snap”. As we know (if not: we might just write a memo on how to store weed next) there’s a good and bad level of moisture for weed. If the snap can be heard, that indicates that your buds are still within the good moisture funnel. Dry weed is also known to be harsher on the throat too, so it’s better to grind or sift it for use. You can also extract it for an edibles kinda party scene.

TLDR: Dry weed sounds different. You’d be feeling this dryness while hearing it go crackly. It loses that snappiness over time. And if it got too moist (and harder to pull apart), then that’s where we’d pull the proceed with caution ⚠️ sign.

How easily does the weed give away? Disintegrating too easily? No moisture? Too compressed? Hard to pull apart? Physically feeling out your weed is a fair last rite, wouldn’t you agree? The naked eye might not be able to discern this, so you could deconstruct your flower and make sure that there’s no mould that has penetrated.

If you’re past all of the tests listed above, you have less to fear and could proceed to a taste test. Don’t be too daring and skip the above though. If it has gone bad, it will taste funny in the very first puff. If there’s no mould, you could certainly use clean (but dry) weed to make an oil, a tea or a weed edible. It’s safe to throw away overly moist weed though.

Finally - and to be fair - if your weed is not mouldy-oldie, the best way to smoke it might be in a vape. Keep the heat setting low, as the lack of moisture makes the dry flower burn fast. Some experts try to re-humidify the old weed, but we’d say that’s risky. It might get too wet or mouldy.

And that’s that, we’re an online dispensary after all, not a mortuary. We’ve said enough. Luckily you’re in a sweet spot! Order weed online and get yourself some fresh, Hot Grass!