Cannabis has been used for decades to manage symptoms related to chemotherapy, such as nausea, vomiting, and weight loss. However, more recent research suggests cannabis may be able to do so much more when managing and treating cancer. Cancer impacts millions of Canadians, so many people are looking for alternative treatments for themselves and their loved ones.

There are numerous types of cancer, but cancer is characterized by the uncontrolled division of abnormal cells in the body. Often, these cells develop into masses in the body called tumours; however, they can also spread to other parts of the body through the blood and lymph system.

While there are over one hundred different distinct types of cancer, there are a few main categories. ​​

It's sadly a myth that cannabis can cure cancer, but it's a more nuanced answer than being wholly untrue. Preliminary evidence suggests that endocannabinoids are involved in cell growth and cell death; therefore, they may impact the growth of abnormal cells.

The first study to find scientific evidence that THC reduced tumour size in mice was in 1975. However, due to the political stance on cannabis, this research wasn’t picked up again until the late 90s early 2000s.

What does the current research say?

A 1996 study in rodents suggested cannabinoids may have a protective effect against developing some types of tumours. During this 2-year study, groups of mice and rats were given varying doses of THC. A dose-related decrease in the incidence of tumours was observed and decreased incidences of benign tumours in other organs. Cannabinoids also appeared to kill tumour cells without impacting their healthy counterparts. 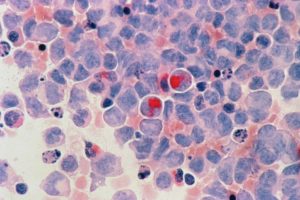 There is also some evidence to suggest that cannabinoids impact the process of cell death, which can help maintain homeostasis in the body and reduce the likelihood of tumour development. A 2011 study on programmed cell death (the natural process of cells dying) in patients with breast cancer found that CBD helped induce programmed cell death and maintain homeostasis. A 2012 study found that CBD protected the DNA from oxidative damage in patients with colon cancer. It also reduced cell proliferation: the increase in the number of cells that result in tumours.

Another 2013 study found CBD may enhance the uptake of cytotoxic drugs (those used in chemotherapy) into malignant cells, resulting in a lower dose needed or helping patients resistant to chemotherapy. A 2017 study provided similar results and came to the same conclusion.

While this evidence is promising, more research is necessary to fully understand the mechanisms involved and the therapeutic potential of cannabis on cancer cell growth, particularly in humans.

Cannabis for Managing Cancer Symptoms and the Effects of Chemotherapy

In addition to the fact that cannabis may reduce tumour growth and shrink tumours, it can help manage the symptoms and negative impacts of chemotherapy.

The most common side effects of chemotherapy include:

Cannabis Helps with Nausea and Vomiting from Cancer Treatment

A 2011 study found evidence to support that cannabis is an effective treatment for nausea and vomiting in cancer patients. They also found that it helps patients to manage anticipatory systems – these are the symptoms of nausea that occur several hours before the chemotherapy treatment because the body has learned this conditioned response to treatment.

A 2001 review of 30 studies on the effects of cannabis on nausea and vomiting found that, in most cases, cannabis is more effective than traditional treatment. In these studies, dronabinol or nabilone were administered 1 to 3 hours before chemotherapy treatment.

Additionally, the FDA has approved two forms of cannabis, dronabinol and nabilone, to manage nausea and vomiting symptoms when traditional methods aren’t effective.

Endocannabinoid receptors are present in the digestive system, including in the stomach. A 2008 study also found that the endocannabinoid system can stimulate other areas of the body that are involved in eating and metabolism, which can impact appetite and eating motivation. These include the skeletal muscles, the gastrointestinal tract, and the endocrine pancreas.

The FDA has also approved dronabinol for loss of appetite in people with AIDS. It has yet to be approved for cancer patients; however, it can also be effective. Cannabis is stereotyped for increasing appetite and giving the user munchies, but is there evidence this is true?

A 2012 study found that the administration of cannabis influenced hormones that impact appetite - ghrelin and leptin. 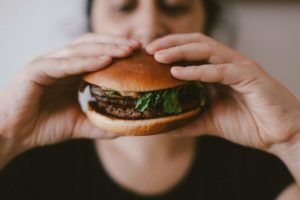 In an article titled Marijuana Is a Wonder Drug When It Comes to the Horrors of Chemo, published in 2013, Dr. Donald Abrams, chief of hematology-oncology at San Francisco General Hospital told Newsweek - “A day doesn’t go by where I don’t see a cancer patient who has nausea, vomiting, loss of appetite, pain, depression, and insomnia… Cannabis is the only anti-nausea medicine that increases appetite.”

Learn about cannabis and gastrointestinal issues like IBS and IBD and how cannabis may influence symptoms associated with diarrhea and constipation. It can also reduce anxiety and aid with sleep.

Fighting a disease like cancer and the addition of undergoing treatments such as chemotherapy can be exhausting. Getting a good night’s rest is essential for providing your body with what it needs to recover.

The endocannabinoid system is involved in our sleep-wake cycle and the process of sleep homeostasis. Sleep homeostasis is the natural process that helps ensure our bodies get enough sleep. Homeostasis is accomplished by signalling that rest is necessary when experiencing sleep deprivation and compensating for lack of sleep by extending sleep after sleep is lost.

While cannabis is known for helping people get to sleep faster, at low doses, CBD may also impact wakefulness. When it comes to sleep, it can be helpful to experiment with what works best for you.

Ready to add cannabis into your regular health and wellness routine? Read more about cannabis consumption methods and check out our online dispensary for a wide variety of products.

This article is for information purposes only. Before making changes to your treatment plan, talk to your doctor.

Further reading on cannabis and health:

Cannabis for Migraines and Headaches