Does Cannabis do you any harm? It certainly isn't toxic.

“The War on Drugs is a holy war, and in a holy war you don’t have to win. You just keep on fighting.” This quotation comes from a reliably anti-cannabis source: law enforcement. Namely, retired Kansas City, MO police captain, Joseph McNamara.[1]Despite no evidence that cannabis causes harm, police continue to vilify the plant, even in Canada where marijuana is supposedly legal. And even here, in Manitoba and Quebec you still can’t ‘grow your 4.’

And yet, cannabis is suddenly everywhere. You can buy weed online, you can buy weed brownies at dispensaries. The lucky cannabis consumer of today has access to a cornucopia of weed strains, crosses, and “next gen” products when they buy cannabis online or in stores: vape carts, gummies, space-age vaporizers, refined Delta-8 THC, THCA or CBC extracts. But it wasn’t always this way: Canada has only recently come out of 95 years of cannabis prohibition.

Is Cannabis Harmful? The Research Says No

By 2012, small amounts of cannabis possession was the leading federal crime committed in the USA,[2] disproportionately affecting BIPOC communities, resulting in the same asymmetry represented in prison populations. Anti-cannabis crusaders continue to preach a message that cannabis causes harm to consumers, happily ignoring the fact that the plant is not toxic in any stretch. It can actually be used to treat a range of conditions, ones as severe as cancer and epilepsy.

Related: How Does Cannabis Affect the Brain?

More than half of all current cannabis research is designed to look for harms associated with consumption. In the US, the National Institute on Drug Abuse has been trying to prove cannabis harms since the early 1970s. And they still haven’t found anything concrete beyond the fact that cannabis may cause relaxation. 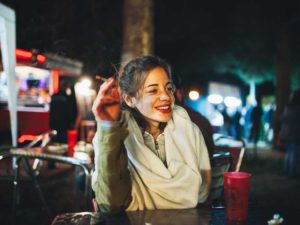 The reason cannabis harm is so difficult to prove is because, well, cannabis isn’t harmful. Dr. Andrew Weil has said, “Marijuana has a surprising lack of toxicity,” and psychiatrist Colonel James S. Ketchum deduced cannabis was “without toxicological effect.” Indeed, contemporary research has shown the body produces its own form of cannabis, anandamide, which it sends to the brain during instances of trauma, such as stroke or concussion.

Other research has shown cannabis protects brain structures, like the hippocampus, amygdala, nucleus accumbens, etc. from damage.[3] Studies[4] have determined that THC and other cannabinoids are potent antioxidants that can slow disease progression, such as Alzheimer’s, Dementia, and associated debilitating brain pathologies.

So, Why is Cannabis Illegal Outside Canada?

Cannabis is only fully legalized in two countries, but why? Cannabis activist Dennis Peron has suggested the issue is a complicated one: “It’s not about marijuana. It’s about how we treat each other as people.”[5]

Where’s the harm? The “harm” seems to be cannabis use can promote creative thinking, and creative people pose a risk to authority figures who want to perpetuate a fraudulent prohibition, simply because the fake “cannabis harms” story translates into increased police budgets, increased populations in jails and bigger salaries for police officers, in an endless cycle of repression, civil forfeiture, and paranoia.

If there is potential for harm, it is in the potential for cannabis to be produced in the tobacco model, where dangerous petro-chemicals are used in production, which get passed on to the end consumer. With extracts and other types of “distillation,” cannabis can become toxic through the intensification of those chemicals. Such a risk may give the avid “shatter” consumer something to consider: if your weed isn’t organic, WTF are you dabbing?

So, when cannabis is legalised worldwide and big companies start competing to grow it faster, stronger, cheaper, pumping it with chemicals and adding preservatives, come back and read this and remember that cannabis used to just be a plant. As with most things, the harm is not from the substance but from what human beings do with it.

[3] There is no association between MJ use and standard volumetric or shape measurements of subcortical structures. Lorenzetti; Hermann, D. & Schneider, M., 2012). Increasing CBD counts could reduce some of the harmful effects of cannabis, without compromising the effects users seek (The Lancet, Mar.1, 2017). "Daily use of MJ is not associated with brain morphometric measures in adolescents or adults," Weiland, B.J. et al. 2015, Journal of Neuroscience 35(4),pp.1505-1512.