CBD: Can it Reverse Anxiety from THC?

You may have heard that if you consume too much THC and experience unwanted effects such as paranoia, that you can take some CBD to counteract it, but is it true? Let’s find out. 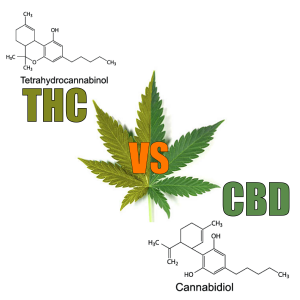 Cannabidiol, better known as CBD, is an excellent anxiety-fighting compound. It occurs in trace amounts in most varieties of cannabis, but recent years have seen a surge of high-CBD strains and products. CBD isn’t psychoactive like THC – when isolated from its THC counterpart, it does not produce the obvious euphoria.

Although THC and CBD are two distinctive compounds, they work together in interesting ways. For example, CBD has been found to enhance THC’s painkilling properties while diminishing the paranoia it can cause.

“CBD interacts with THC in complex ways, diminishing certain effects (the munchies, sleepiness, the high) while augmenting others,” writes Martin A. Lee in his book, Smoke Signals. “Cannabidiol balances the buzz and softens the euphoria – or, in some cases, the dysphoria – induced by THC, which, in concentrated form, can make people feel very loopy and weird. CBD is the yin of THC’s yang.”

Just last week, I took a THC-packed dab in an attempt to stave off some morning nausea, but I got so foggy headed and anxious, I felt like crawling right back into bed even though it wasn’t even 10 a.m. yet. My to-do list was far too long to lay around waiting for the side effects to pass, so I popped a 10mg CBD capsule and hoped for the best. Within 20 minutes, I was clear-headed enough to tackle cognitively demanding tasks, and the anxiety dissolved soon after.

It makes you wonder: how do CBD’s profound anti-anxiety effects actually work? 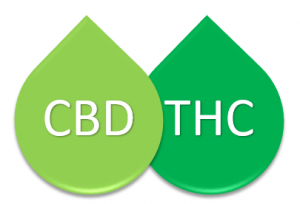 Project CBD, an organization dedicated to the dissemination of CBD information, has compared the chemical to a “dimmer switch.” It has a way of calming excess signaling and activity in the brain’s endocannabinoid system.

Many conditions and diseases can be characterized by underactive or overactive endocannabinoid systems. PTSD brains, for example, are known to produce insufficient levels of anandamide, a natural endocannabinoid that is structurally similar to THC. Introducing underwhelmed receptor sites with cannabinoids that act like endocannabinoids can, in a sense, correct the deficiency and result in a therapeutic effect.

CBD modulates the receptor signaling associated with THC, which is why their co-presence has become so important in the field of cannabis therapeutics. Relevant to this particular discussion is CBD’s ability to modulate excess cannabinoid activity in the brain, which can result in anxiety. In this way, CBD can certainly mitigate the anxious, paranoid side effects associated with THC overconsumption.

Have you ever used a CBD product to counteract an unwanted effect from THC? Let us know about it in the comments section!