Pheno-hunting is the largest contributor to many of the best cannabis strains we find today in dispensaries, online cannabis stores, outlaw production sites, and giant cannabis factory greenhouses. The prefix, “pheno” means selecting, and in the case of phono-hunting, cannabis producers are selecting for the traits that they want their next crop to express.

Cannabis strains found on today’s dispensary shelves represent more than five decades of phenotypic/genetic selection. Ryan Stoa, in his amazing book, Craft Weed: Family Farming and the Future of the Marijuana Industry (2018, MIT Press), tells us what’s at stake: “Farmers face genetic inconsistencies in two ways - in their attempts to reproduce plants for the next crop generation, and in their interactions with nurseries” (107).

With so much uncertainty, it takes a skilled cannabis producer to produce the strain they want every single time.

Here’s how it’s done. A cannabis farmer realizes her customers are all asking for “Sticky Icky,” so she accesses some of the “Sticky Icky” seed she has set aside, as all good cannabis farmers do. She grows a few versions and selects the one or two that express the traits she wants. These might be mould resistance, big buds, crazy trichome array, red hairs, long-lasting euphoria, or icky stickiness. Now remember, she’s doing this while also producing her regular “cycle” of cannabis in another part of her farm. 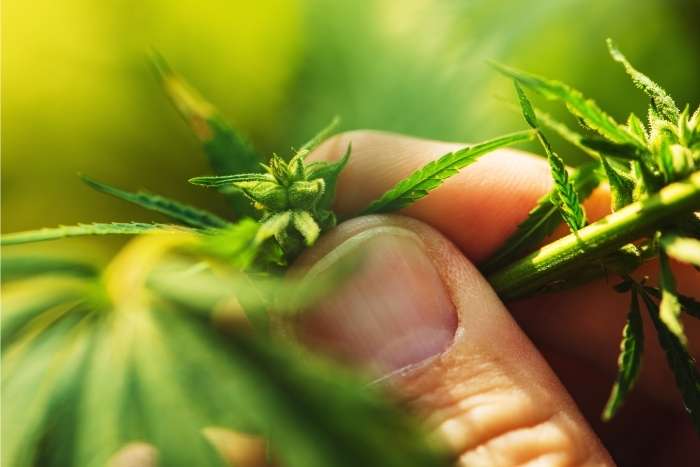 Next, our producer can do a number of things. She can “clone” those “moms” and create hundreds of “starts,” or starting materials. These are usually cuttings, dipped in a rooting hormone. They can be a single leaf, or part of a plant. The problem with this phase of the process is a thing called “senescence,” which means every generation will sap the “mom” of its “totipotency," or its essential life force. Sooner or later, the cells stop reproducing because the biological intensity has deteriorated.

Producers use clones because, as Ryan has said, “consistency is king” (109), and clones mean exact replicas of the “mom.” As we’ve seen, a cannabis producer can’t keep using the same “mom” source plant over and over. Pheno-hunting is a real science and is super important in the cannabis production industry.

Related: All the Ways Weed Can Save the World

But maybe our producer doesn’t want to grow the “Sticky Icky” at all. Maybe she wants to sell the seeds. And customers seek out seeds for one reason: seeded plants are more vigorous than cloned plants. So, she mates the females with males to produce seeds. Once these are produced in abundance, she can sell “Sticky Icky” and become the Queen of the Sticky Ick!

If this process sounds time consuming, it is. It can take years to select for the correct traits. One example is a process called “backcrossing,” when the producer breeds the “Sticky Icky” with one of its parent plants to produce stable genetic materials. The process is onerous because genetic materials are notoriously finnicky.

The good news is botanists and horticulturalists, as well as genetic biologists, have discovered that even a single cell from a plant can produce a clone. This gives hope for the strains that are vanishing from the world. The only problem is we need tissue culture laboratories to select those cells, and store them safely for future use. These facilities have been kept down in the past. But, as more and more of these labs emerge, the future looks bright, green, sticky and crystalline.