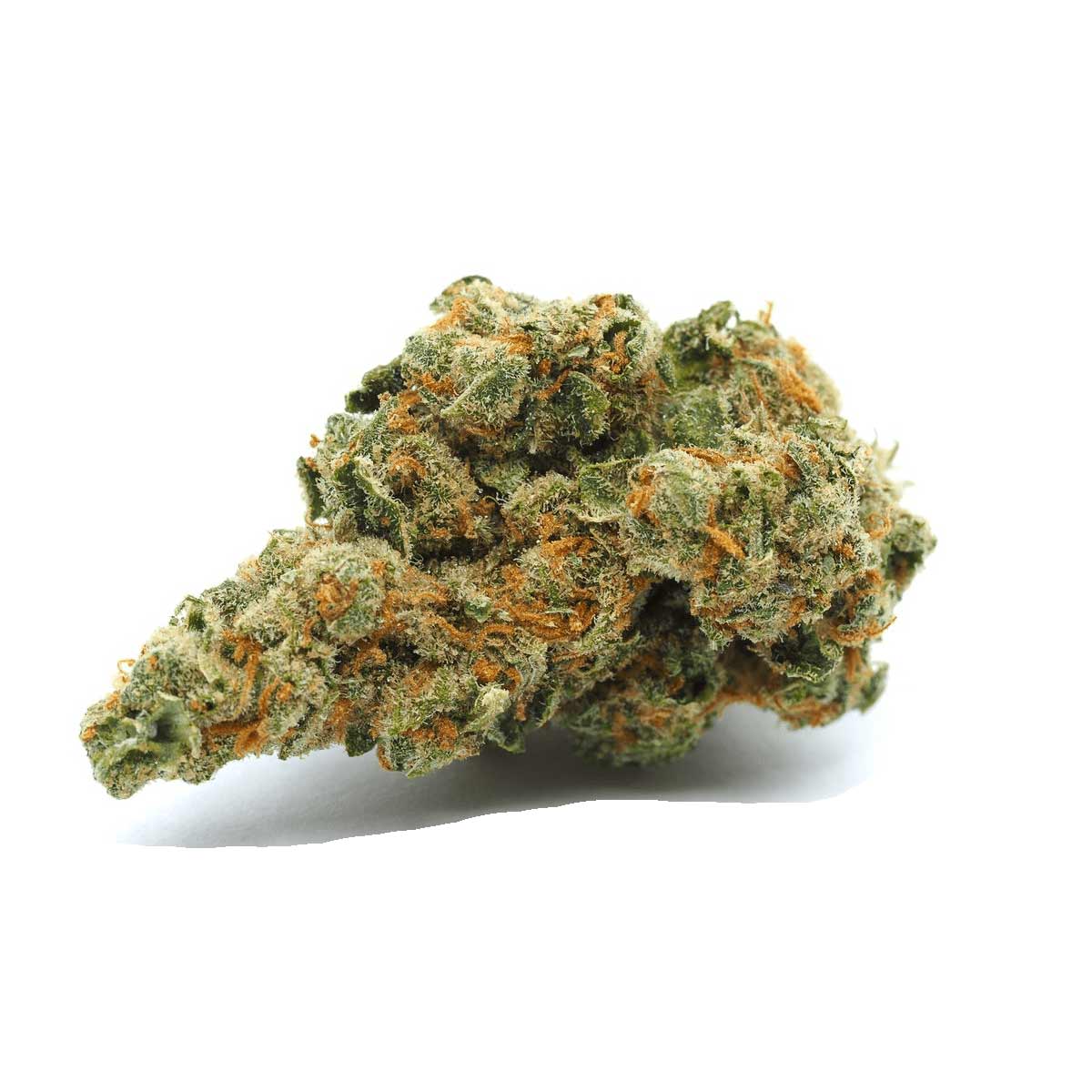 Lemon Haze is a very popular sativa-dominant hybrid that derives both its potency and its powerful aroma from two prestigious parents: it is a cross between sativa hybrid Silver Haze and pungent Lemon Skunk. With a memorable citrus flavour profile and a long-lasting, well-balanced high to boot, this bud is an asset to indica and sativa fans alike. Cannabis testing lab Analytical 360 ranks Lemon Haze’s psychoactivity at between 12% and a staggering 25%.

Flowers of Lemon Haze impress with a distinct shape and texture. These buds are medium to large in size and adhere in roughly spherical chunks. Although the leaves are densely packed, they have a somewhat ragged and fluffy appearance. These fluffy leaves are a mossy shade of green and are threaded through with vibrant orange pistils. Amber trichomes cover these buds, giving them a slightly yellow glow and accounting for their high psychoactivity.

When properly cured, Lemon Haze carries a strong citrus aroma; the tang of lemon is the predominant scent. Hanging out underneath is a spicy herbal kick that fans of parent strain Haze will almost certainly recognize. Surprisingly, this strain has little of the acrid funk that characterizes its other parent, Lemon Skunk. When combusted, Lemon Haze burns with a smooth and easily ingested smoke. This smoke tastes refreshingly herbal on the exhale, with some lingering lemon notes.

Lemon Haze is said to offer a creeping high that may require several minutes before fully revealing its effects. At first, smokers may pick up on a change in their perception of external stimuli, with certain sights or sounds taking on a psychedelic new dimension. This sensory distortion is accompanied by a sudden improvement in mood, as any stressors take a backseat to this bud’s positive mindset. An increase in cerebral activity may lead to stimulating conversation; this strain may also inspire creativity for those who are so inclined. In addition to these emotionally uplifting effects, Lemon Haze tends to provide the motivation needed to get up and plow through tasks like cleaning the house or running errands. A strong body stone eventually emerges and becomes more pronounced as the high wears on. This combination of mental and physical effects can be a great way to appreciate activities that involve both body and mind, like exercise and, notably, sex. As dosage is increased, smokers may lose their thoughtful, cerebral edge, becoming more spacey and disconnected from their surroundings. On its backend, Lemon Haze will leave you content to melt into the couch and let your mind wander. Because of its energetic onset, this strain is best enjoyed for waking-and-baking or as an afternoon treat; if consumed at night, it’s likely to leave users wired and hyper.

Lemon Haze may have several applications for medical cannabis patients as well. Its positive mental effects can temporarily distract from the symptoms of mild to moderate stress and depression. The strain’s early sense of focus can also help those with attention deficit disorders to sustain concentration on single tasks. Physically speaking, this bud can help relieve pain, whether it’s temporary or chronic and nerve-related. Although Lemon Haze’s cerebral effects aren’t usually regarded as overly intense, those who are prone to panic or who have a low tolerance for THC may want to consume this sativa with caution.

Lemon Haze is an ideal all-purpose strain with a pleasant and refreshing aroma. It’s as enjoyable when shared with friends as its when savored alone — if you do break it out around others though, bring enough to share, as its unique aroma is bound to turn some heads.