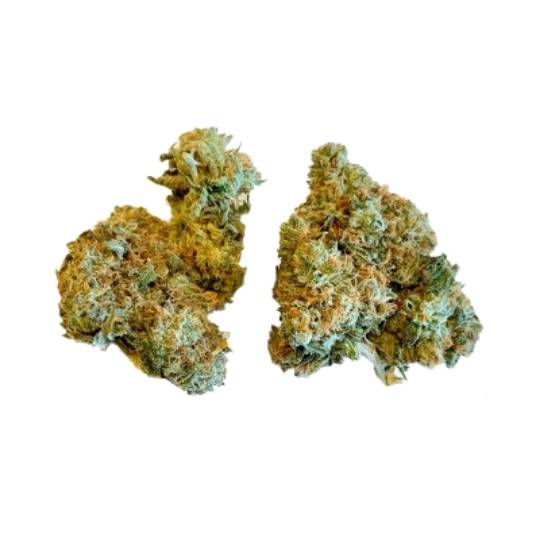 The White Widow strain is right in the mix with the most famous strains worldwide. This balanced hybrid was first bred in the Netherlands.

White Widow Hybrid is right in the mix with the most famous strains worldwide. This a balanced hybrid first bred in the Netherlands is a cross between a Brazilian sativa landrace and a resin-heavy South Indian indica, White Widow has graced every Dutch coffee shop menu since its introduction in the 1990s. White Widow’s Hybrid genetics have given rise to many other legends like White Russian, White Rhino, and Blue Widow.

A emphatic burst of euphoria and energy breaks through immediately, stimulating conversation and creativity. Some users can get a little paranoid with this one, so if you’re prone to that, pair it with a CBD gummy or try a more balanced hybrid.

Its buds are white with crystal, gooey resin, an indication of the potent effects to follow. This one feels like a very natural strain, great for outdoor smoking in the forest, with strong flavours of herb, spice, earth, and wood.

White Widow is often ranked among the most popular weed strains.

Maybe you’re looking for the greenhouse variety or a more affordable Grower’s Loss.