Meaning, History, and Myths of 420

Kids, gather round the fiery end of a joint and listen to the history of 420. The meaning of the phrase and where it came from has been vaguely debated for a long time, with different stoners saying 420 means one thing and others claiming their version is true. It doesn't come from Hitler's birthday, or the active ingredients in marijuana, or a police code for pot smoking in progress. It's actually a really fun story - here's the history of 4/20.

420 is a fairly universal piece of slang that means consuming cannabis. It was initially an underground code used by people who wanted to discuss weed around parents, teachers and maybe even cops without them knowing what you meant. These days it’s so well known that stoners throw it in wherever they like. You meet a stoner? Drop the magic number. You’re heading out for a smoke, say 420. Need a number at the end of your Instagram handle? 420 it is.

In a broader sense, 4/20 is a movement and gathering observed around the world; something of an unofficial holiday. The 4th of April at 4.20pm is the moment it really hits, with stoners gathering en masse to smoke, have a good time, and advocate publicly for the legalization of marijuana.

Related: Celebrate With Our 420 Deals

Origins of the 420 Phrase

This story plays out like a Goonies meets Freaks and Geeks teen comedy and we love it. Picture five American teenagers in 1971 who hang out by a wall every day looking for kicks. “The Waldos,” as they were dubbed due to their chosen hangout spot, were five guys who learned of a hidden stash of treasure. The treasure was in the earth but not the kind you dig up. They received a map to a cannabis crop that was supposedly planted by a Coast Guard member who could no longer go and tend to it. 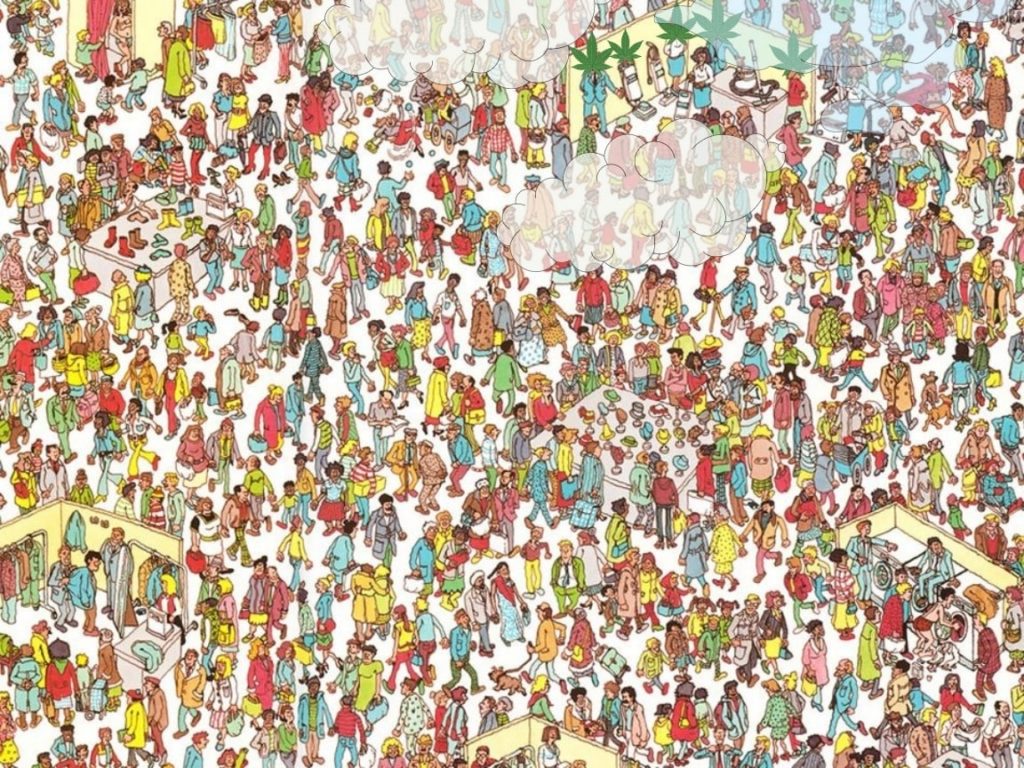 These guys were all athletes, and they would meet after practice each day at 4:20 pm by the Louis Pasteur statue outside their school in San Rafael, California. “4.20 Louis” was the initial code phrase before becoming simply “4.20.” They would spend their evenings smoking what weed they had and seeking the green treasure trove in the Point Reyes Forest but ultimately never found it.

They never found that singular crop of weed, but something more lasting grew out of their search. The Waldos continued to use 420 as an in-joke to reference weed without anyone else knowing. The guys ended up having a few connections with the band Grateful Dead: one of their fathers managed the band’s real estate and another’s brother was friends with the bassist. This led to the Waldos spending a lot of time around the band. They would be backstage at Winterland, where the Dead made their home base, and say “Hey, 420” when a joint was passed around. After some time, the phrase caught on among fans who attended shows at Winterland.

The meaning of 420 as slang for smoking weed slowly spread within the “Deadhead” community until 1990. That's when Steven Bloom, a writer for High Times, was handed a flyer at a Grateful Dead show in Oakland, California. The guy who handed it to him said, “We are going to meet at 4:20 on 4/20 for 420-ing in Marin County at the Bolinas Ridge sunset spot on Mt. Tamalpais.” Bloom and High Times then went on to promote the phrase and idea of a 4/20 gathering to stoners across the world. Bloom wrote about those Grateful Dead fans in 2015: “They wanted people all over the world to get together on one day each year and collectively smoke pot at the same time. They birthed the idea of a stoner holiday, which April 20 has become."

There’s been a huge boom in 4/20 events since that smoking session at Mt. Talampais. These days, stoners across the world meet up and smoke up on April 20th to share an experience and advocate for cannabis freedom and legalisation. While most 4/20 gatherings were cancelled in 2021, they're heating up again in 2022. These outdoor demonstrations have been a fist raised in rebellion for decades and a staple of the pro-cannabis movement.

Photo by Marvin Meyer on Unsplash

420 is still a well-used phrase among stoners to signal that it's time to smoke up, either just as a summoning call or to cover what your plans are in front of normies.

As we mentioned above, plenty of weed lovers tack 420 onto their gamer tags, Instagram profiles, email addresses, YouTube handles, and Twitter names. It’s a common term in modern vernacular and isn’t the in-joke it once was. The phrase is so ubiquitous these days that you’ll frequently see “420 friendly” on privately listed apartments and rooms to rent, meaning the current residents don’t mind if you smoke weed. Some consider 4.20pm the acceptable time of day to start smoking pot while others will spark up at that time just to honour the tradition.

Denver now has a mile marker showing 419.99 because people kept stealing the signs.

What are you doing this April 20th? Let us know on the socials as we’re always down for a stoner story. Check out our dispensary for 420 deals here and have a Merry Dope Day! Looking for more on the history of weed? Read this post on whether we should call it cannabis or marijuana.