report
No results for your search.

Timon and Pumbaa were high, right? The whole time. I rewatched The Lion King with my 5-year-old niece recently. After the tense few minutes of hoping she wouldn’t ask me about death after the saddest scene in cinema history, I was relieved when we hit the introduction of Timon and Pumbaa. They inject some much-needed levity because they’re clearly stoned. Timon and Pumbaa were blatantly stoners. I've thought so for years, and I finally have a platform on which to out them.

Living life with no worries

Timon and Pumbaa’s Hakuna Matata philosophy of not worrying or taking responsibility is very stoner. Not that all cannabis users avoid their problems, but it is part of the stereotype.

It’s funny that “Hakuna Matata” gets plastered onto lunchboxes when its philosophy is ultimately debunked by the end of the film. Simba learns to balance getting baked with his boys against his responsibilities as a king and does a wicked roar.

The term is a real Swahili phrase meaning “no problem,” or “no worries.” Disney have now trademarked it . . . so, that’s wonderful.

While Simba’s used to a structured diet of . . . eating his subjects, Timon and Pumbaa convert him to their varied diet of snacking on grubs whenever they feel like it.

This grab-and-go style of cuisine certainly suits a stoner palette. 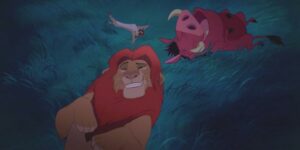 Look at this frame and tell me these guys didn't just smoke a heavy indica.

Pumba gets in trouble because he wanders off from the group chasing a tasty snack. His single-minded focus on a tangent, particularly a food-based one, is very stoner. 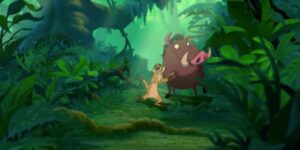 These guys love to laugh. They're laughing from the minute they hit the screen and provide many of the funniest moments. They feel like two bro's who are constantly on a level because they've been sharing the same indica blunt all day.

I mean yes, they’re animals, it’s not like we’re going to see them suffering eye strain from too much screentime. But Timon and Pumbaa seem to have chosen a home in nature for its beauty and verdancy. In contrast, it makes Pride Rock seem cold and sterile, like an ivory tower.

Many stoners find more peace in nature, as the plant helps them realise it’s where we belong and promotes simple pleasures: calming sights, living smells, peaceful sounds, the feel of the grass and earth beneath you.

These bro's take peaceful naps together.

Thinking outside the box and deep conversations

Timon and Pumbaa take creative approaches to problem solving like many stoners. They think outside the circle of life. Meet a baby lion? Make him loyal to you. Need to distract a group of hyaenas? Dress in drag and do the hula.

Timon also love to chill and have deep conversations, one time staring up at the stars and contemplating the universe. 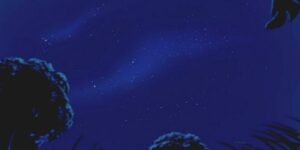 The film is a musical, but Timon and Pumbaa burst into song more than any other characters. They sing “Hakuna Matata,” “In the Jungle the Mighty Jungle,” “Can You Feel the Love Tonight,” and the impromptu, “Hula Song,” in order to distract Scar’s hyenas.

This intense connection to music would certainly point to these guys being massive potheads.

Timon and Pumbaa are an iconic duo. They're always together and balance each other out. Deep friendship is in no way exclusive to stoners, but these guys are so on a level—Timon often stealing Pumbaa's ideas and preempting his thoughts on a subject. I'm sure many cannabis users can relate to having that core group who stick together like resin and are almost telepathically linked once those joints start rolling.

If you have any other examples of secret stoners hiding in our favourite movies, let me know down below.

All images lovingly borrowed from Disney.

5 Movies You Do Not Want to Watch High