Treating Epilepsy With Cannabis and CBD

Epilepsy is a neurological disorder of the central nervous system that’s characterized by recurrent seizures. According to the Canadian Epilepsy Alliance, 7.46 of every 1,000 people have epilepsy - which is approximately 260,000 Canadians.

Although epilepsy is highly treatable, approximately 30% of people have what’s considered drug-resistant epilepsy which requires additional treatment - with sometimes unsatisfactory results. Cannabis has been shown to be an effective way of reducing seizures. In 2018, CBD was approved by the FDA for the treatment of two drug-resistant forms of epilepsy, Lennox-Gastaut syndrome and Dravet syndrome, in patients two years of age and older.

To get FDA approval, drug manufacturers must conduct numerous clinical tests, including animal and human clinical trials, before submitting their data to the FDA. Approval is only granted if the agency determines the benefits outweigh the risks for the drug’s intended use. The specific form of CBD that has been approved for epilepsy is called Epidiolex.

A person is diagnosed with epilepsy if they have at least two unprovoked seizures. A seizure is a sudden burst of electrical activity in the brain that creates a disturbance in the way the cells communicate, which in turn impacts how a person acts. The location of the activity determines the presenting symptoms of the seizure.

The signs and symptoms of seizures may include temporary confusion, a staring spell, uncontrollable jerking movements in the arms and legs, and/or loss of consciousness or awareness.

There are also six types of generalized seizures:

The traditional treatment for epilepsy is anticonvulsant or anti-seizure medications. Read more about epilepsy, including what to do if you see someone have a seizure on the Canadian Epilepsy Alliance website.

The Endocannabinoid system (ECS) plays a role in the regulation of synaptic neurotransmissions in the brain - the communication between neurons in the brain. There is also evidence that endocannabinoids (CBD, THC, and others) perform neuroprotective factors involved in neuron excitability. A 2008 study found these neuroprotective factors were impaired in people with epilepsy, which indicates the importance of the ECS in neuron firing that leads to seizures. 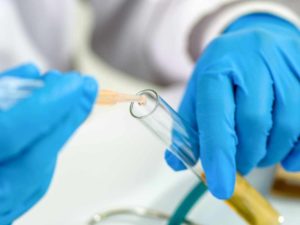 Since the FDA has approved CBD for two specific forms of epilepsy, let's look at these specifically. They were chosen for beginning clinical research because they are both classified as epileptic encephalopathies as well as drug resistant. This means seizure activity is unremitting and often leads to severe cognitive and behavioural impairments. They are both also incredibly challenging to treat with current medications.

Lennox-Gastaut Syndrome (LGS) is a severe form of epilepsy that’s characterized by multiple types of seizures, most commonly atonic, tonic and atypical absence seizures. It’s typically identified in early childhood, and it often leads to a delay in cognitive development. It’s believed to account for approximately 1-4% of all cases of childhood epilepsy.

A 2018 study found that adding CBD to traditional seizure medication significantly decreased the frequency of drop seizures in people with LGS. The dose administered during these trials was between 10-20mg per kilogram per day.

Dravet Syndrome is a rare form of epilepsy that’s genetically inherited and typically presents within the first year of life. It’s characterized by a number of different types of seizures that often last a long time - often longer than other forms of epilepsy. Dravet Syndrome has an incidence rate of 1 per 20,000 to 1 per 40,000 in Canada and is one of the most drug-resistant forms of epilepsy.

A 2017 study found the use of CBD resulted in a decrease in convulsive seizures and 5% of the participants became seizure-free after taking CBD.

CBD for Other Types of Seizures

More research is necessary to fully understand the mechanism of action when it comes to CBD for managing seizures, but preliminary evidence suggests that CBD can also be used for other forms of refractory epilepsy. Refractory epilepsy is a category of seizure disorders that are unable to be adequately controlled with current medications. While Dravet Syndrome and Lennox-Gastaut Syndrome fit into this category, not all refractory epilepsy patients fit into one of those two categories.

How to Use CBD to Treat Epilepsy

Generally, CBD oil is the most common method of consumption when it comes to managing seizures. Though capsules and edibles are also possible, and commonly used, consumption methods. When CBD is used for managing seizures, it’s taken daily and consistently - abrupt discontinued use is not recommended as this can increase seizure activity. Therefore, it’s important to choose a consumption method that is convenient for you. Those who already take supplements may opt for CBD capsules, while others may like the flexibility of a CBD oil. CBD oil can be taken directly under the tongue or added to your morning smoothie. CBD edibles are another common favourite as they’re convenient and easy to take. 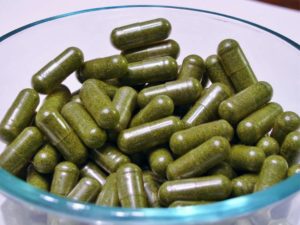 When prescribed Epidolex, the typical recommended starting dose is 2.5 mg/kg twice per day. That being said, it’s important to speak to your doctor prior to taking CBD for managing seizures, particularly if you are taking other medications.

There are also high-CBD strains of cannabis such as Charlotte's Web. Charlotte’s Web gets its name from Charlotte Figi, a young girl in Colorado with debilitating epilepsy who was experiencing frequent seizures before she began using CBD. Her story brought much-needed public attention to the benefits of CBD and helped solidify medical marijuana laws in more than a dozen states. Charlotte’s Web doesn't get you high because the THC content is below 1%. However, the CBD content can hit 17% or more, making it one of the most efficacious medicinal strains available. Its effect is entirely physical, with no intoxication even in children and first-time users.

Cannabis, particularly CBD, has made a significant difference in a number of people’s lives when it comes to managing symptoms related to epilepsy. A number of people, including doctors, are turning to CBD as an alternative method of treatment, particularly in the case of refractory epilepsy. As the research continues, our knowledge of CBD’s ability to manage epilepsy will expand and so will its potential to help a greater number of individuals.

This article is for information purposes only and is not a substitute for medical advice. If you experience epilepsy and want to add CBD into your treatment plan speak to your doctor. It’s particularly important to speak to your doctor about potential drug interactions.

Thanks for reading; if you're thinking cannabis is great and couldn't possibly be toxic, you're absolutely right and can read the science of it here.