Why Vaping Weed is Different from Smoking

In the last few years, more and more people are switching from smoking to vaping. We know why nicotine smokers have switched, but what about cannabis smokers? Why is vaping different from smoking?

One reason to switch is that vaping is more convenient than smoking. All you need is to pick up your favourite vape cartridge and make sure to keep your battery charged. But does vaping really provide a different experience than smoking?

How Vaping is Different Than Smoking

There is evidence that vaping provides a different experience than smoking cannabis; it may even give a different high. But why? Let’s explore the reasons why vaping is different from smoking.

Cannabis contains so much more than simply THC or CBD. We know cannabis contains other cannabinoids and terpenes, which can contribute to the therapeutic benefits associated with the Entourage Effect.

Terpenes are the chemical compounds in cannabis and other plants responsible for the aroma, flavour, and even colour of the plant. While they aren’t intoxicating on their own, they have numerous benefits. Read more about terpenes here.

Combustion, burning of the cannabis product, burns away the terpenes, which impacts the flavour, among other things.

How to preserve terpenes with vaping? Adjusting the temperature gives the consumer more control of the terpene profile.

Vaping is a Cleaner High

When it comes to smoking, the most considerable health risk is the smoke itself. According to research by California NORML, cannabis heated by vapour contains mostly cannabinoids and terpenes. In contrast, smoke from combusted cannabis contains over 100 other chemicals, including carcinogenic toxins. 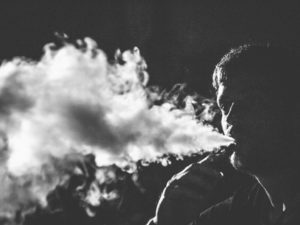 Another study suggests that switching to vaping can decrease respiratory symptoms associated with smoking cannabis. Some of these symptoms may include a cough, phlegm, and/or tightness in the chest.

Studies show that marijuana vapour contains significantly less tar, carcinogens and other toxic byproducts compared with marijuana smoke. Cannabis smoke has over 100 toxic byproducts that are absent in cannabis vapour. When it comes to vaping in general, one study found that up to 95% of toxins, carcinogens, and irritants found in smoke are not present in vapour produced by vaporizers. But most of this research relates to e-cig types of vaporizers. That said, the concept of vaping with e-cig types of vaporizers is the same as with dry herb vaporizers for cannabis. One study even shows a vaporizer can reverse respiratory symptoms caused by smoking cannabis.

According to Winston Peki, owner and editor of Herbonaut (independent vape reviewers), to reduce your health risks while vaping, you need to get a vaporizer:

Keep in mind that at least one study found that vaping above 392°F (200°C) risks emitting significantly more benzene. Benzene is a carcinogenic compound. If you want to minimize health risks, we recommend that you vape below 392°F (200°C).

People have noted that vaping provides them with a more intense high than smoking. One study found cannabis vapour has an 80 percent denser concentration of cannabinoids than cannabis smoke.

According to research by California NORML, vaping converts approximately 46 percent of the available THC into vapour, whereas a joint converts 25 percent of THC or less. Another 2016 study found that for those who consumed the same amount of THC by either smoking or vaping, the people who consumed cannabis by vaping experienced more intense effects. 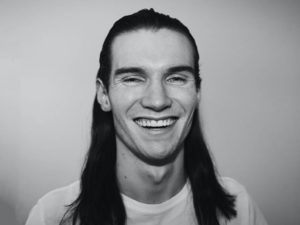 For new cannabis consumers, it’s recommended to start slow when it comes to vaping. A puff or two may be enough.

Both smoking and vaping take effect relatively quickly. With vaping, effects are experienced within a few minutes or up to 10 or 15 minutes after a hit.

Ready to try vaping? Check out the vaping section of our online dispensary. Most vape cartridges fit on a 510 thread battery. Be sure to confirm that the cartridges you purchase will work with your vape battery.

There are other consumption methods for those considering cannabis but not interested in smoking or vaping. The most common alternative consumptions methods include edibles and concentrates.

Edibles take longer to experience the effects but last longer. Learn more about edibles, including how to dose, here. While cannabis tinctures are a smokeless alternative that takes effect almost as quickly as vaping.

This article was written by Emory and Adam, with significant input from Winston of Herbonaut.