West Coast Cannabis: Why BC Weed is Better

West coast cannabis is synonymous with potency and quality. California has always been known for premium, heavy strains and a cultural connection to weed. Oregon has long held similar attitudes, being the first US state to decriminalize cannabis in 1973. Up the west coast in British Columbia, people have had a positive and welcoming reaction to cannabis, cultivated since the 1950s. Today, BC bud is known worldwide as some of the finest weed in the world.

British Columbians have always had a liberal attitude towards cannabis, favouring legalization more than any other province. In 2012, an estimated 14.5% of BC residents polled stated they had used cannabis in the last year. Statistics Canada reported in 2021 that cannabis use was up 20% across Canada between 2018 and 2020, with BC showing the second highest increase at 25%. 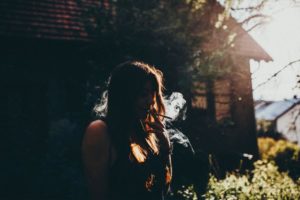 Photo by Dennis Ottink on Unsplash

In terms of the quality of the product itself, 76% of surveyed Canadians believe BC weed ranked in the top 3 provinces, with 53% ranking Ontario and 43% putting Quebec up there too. That said, while 98% of British Columbians thought the best weed comes from their own province, only 55% of those same people admitted to knowing where their weed was actually grown.

It’s always been taken as something of a given that people in BC are relaxed about weed. Like everything, this had to start somewhere. The surprising origin lies in the Vietnam War. 30,000 conscientious objectors and so-called hippies were against the war and elected to leave America rather than be drafted against their will, many moving to Canada. They brought with them a vast knowledge of growing cannabis, a bunch of west coast cannabis from California, Oregon, and Washington, along with some of the cannabis seeds that have become synonymous with British Columbia. When they arrived, these growers found a province where the illegal cannabis market was ripening and ready to blow up.

94% of BC’s power comes from renewable energy sources. The main source is hydro, followed by biomass, natural gas, wind, and oil. This means that energy in British Columbia is among the cheapest in North America. What does this mean for the cannabis industry? Cheap power means it’s possible to grow cannabis indoors under strict lighting conditions and temperature control for maximum yield.

BC Has Perfect Weed-Growing Conditions

In the 1960s, those same hippies who moved up to BC found they could still grow west coast cannabis in abundance. British Columbia has the mildest climate in Canada. This means a growing population of homeless people from across Canada (fun fact) but it also means it has the perfect balance of sunshine, warmth, and rainfall for growing outdoor cannabis. The hilly terrain and enormous stretches of rainforest also meant a perfect place for massive green farms to blend in with the environment back when growing cannabis was illegal. 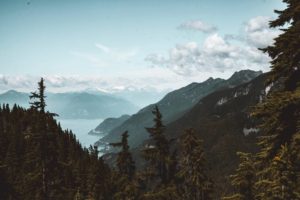 Photo by Jess Barnett on Unsplash

Some of the best cannabis strains grown in British Columbia include:

Death Bubba was originally grown in Canada by Sea to Sky's director and grower, Matteo Suleyman. Strains such as Death Bubba, Pink Kush, and Tom Ford Island Pink drew cannabis brokers from California, Oregon, and as far away as Hawaii to buy in BC long before legalization.
And now that additional cannabis products are legalized, there are high-quality local brands like BC Vapes.

This one’s the most obvious, but as a cannabis haven long before legalization in 2018, British Columbia’s cannabis growing and selling industry only swelled after the law was passed. In 2010, an estimated $4 billion worth of cannabis was exported from BC, 95% of which was smuggled into neighbouring America.

“Sales of cannabis by THC weight increased steadily from October 2018 though December, 2020. From 2019 to 2020, per capita annual sales per person aged 15 and older for all cannabis products increased from 63.8 mg to 129.4 mg. In 2020, the BC government sold a total of 8,000 kg of THC through the wholesale, retail and online market, generating approximately $290 million in gross revenue.”

With so much money coming in, this industry will continue to receive support from both provincial and national government. And, as discussed, BC growing all of that west coast cannabis plays a large role in keeping the country’s weed consumers happy.

If you liked this article on buying weed in Canada, check out our last post on Canna Cabana Vs HotGrass.

Special thanks to Janeen Davis of BC Craft Supply Co and Roderick MacDonald of Known Group for their input.

BC
BC bud
cannabis
history
science