What is THC Syrup? Lean Vs Cannalean

We get a lot of questions about the relationship between Lean, Cannalean and THC Syrups in general. It’s important to know what you’re getting in your syrup, and we understand the confusion. It could be the difference between getting baked and getting wrecked.

What is THC Syrup?

THC syrup is essentially weed in liquid form; sold in 1000mg here. While it’s not so much of an issue for stoners in Canada, syrup mixed with a soft drink is a lot easier to carry around in public without looking suspicious or giving off that earthy, sweet aroma. It’s also been a touch inconvenient over the past two years to be passing around blunts; adding a splash of syrup to your drink means you don’t have to share. 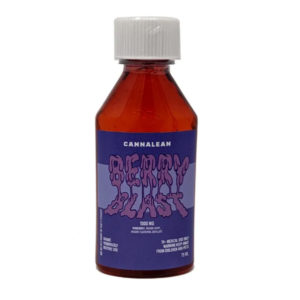 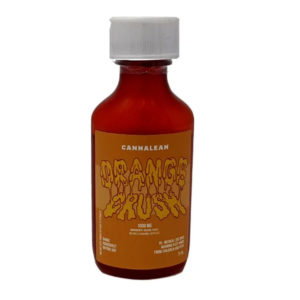 You can think of THC syrup as a different form of edible. While traditional edibles are eaten, THC syrup is added to drinks or shotted in small doses. THC syrup begins to absorb in the mouth, so the high comes on quickly, and then later in the gut, so over a few hours your high will build, with more of a defined upswing than you get with regular edibles. Syrups can also be considered concentrates as they deliver a strong dose of THC which is packed into a small amount of liquid.

Cannalean Syrup is a particular name for THC syrup that has been growing in popularity. Many different companies produce various cannalean products in different strengths and flavours. We stock cannalean in orange crush, berry blast, tangerine creamsicle, country thunder lemonade and strawberry kiwi madness. While Cannalean is thick all by itself, some patrons will mix in additional sugar for thickness.

While some of these products are referred to as 420 syrups, the name Cannalean is clearly to draw a parallel with the popular, and more dangerous, Lean.

Lean, AKA Sizzurp, Dirty Sprite or Purple Drank, is a mix of Codeine cough syrup, soda, hard candy, and sometimes alcohol. The name lean came about due to the slouched to the side position users tend to find themselves in after drinking the concoction. Lean contains Codeine, which is an opioid, so it’s therefore much more addictive and damaging than any THC syrup. 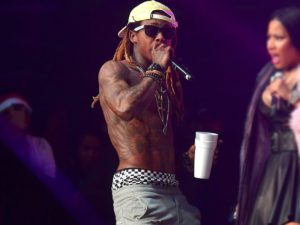 Lean has been popularized by hip hop, with artists Bow Wow, 2 Chainz and the late Mac Miller all running into trouble due to its use. Lil Wayne has also had more than one seizure due to using Lean. Bow Wow even admitted that he almost died due to his lean addiction. It’s been responsible for the death of many artists. Despite this shady nature, lean’s popularity has spread among young people after references from a bunch of huge artists, including Three 6 Mafia (“Sippin On Some Sizzurp”), Lil Wayne (“Me And My Drank”), and Future (“Dirty Sprite”).

Is THC Syrup an Alternative to Lean?

Some people have suggested that THC syrup could be an alternative to lean, but this is a flawed idea. The two are simply not comparable. The name cannalean is simply a play on the idea of a cannabis-infused drink that gets you high, adding the “lean” moniker to profit from a popular substance.

Professor Adam Winstock, founder of the Global Drug Survey, has stated: “THC syrup is just another form of edibles… saying it is a healthy alternative to lean is like saying weed is a healthy alternative to heroin. Lean is a dangerous concoction of an antihistamine in promethazine, an opioid in codeine, and often alcohol too. You can’t draw a parallel between a cannabis drink and an opioid drink, other than them being drinks that get you high. It’s all just marketing bollocks.”

While associating your product, cannalean, with the more dangerous and infamous lean may draw some people in out of curiosity, it will raise questions for others. Lean is chemically addictive as it's an opioid, so can quickly become a problem for users. Cannalean/THC syrup is not chemically addictive and nowhere near as dangerous. Now, people can form an addiction to cannabis in the way that we can become addicted to anything we enjoy: coffee, sugar, scrolling social media, video games... But using cannabis does not quickly become habitual like alcohol, cigarettes, or lean.

THC Syrup For Sale in Canada

So, if you want a fast-hitting and prolonged edible that’s bursting with flavour and goes down smooth, try out our cannalean or THC syrup. If you’re looking for a replacement for Lean, that’s above our paygrade… but we’re interested to start a conversation. What do you think of THC syrups? Have you tried Lean? Let us know in the comments below or hit us up on socials!

This article was written for information purposes only and should not be considered medical advice. If you are struggling with addictions, speak to your doctor or other health professionals to discuss a treatment plan.

If you want to speak to someone, or are at risk of an overdose, reach out to your local helpline, present to your nearest emergency room, or call 9-1-1.